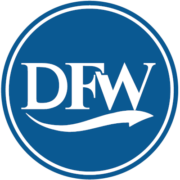 This week, Bank of Canada governor Stephen Poloz ignited a firestorm when he said that unemployed young Canadians should work for free so they can acquire skills and gain valuable experience while waiting for the economy to recover from its now seven-year-long crisis.

In the governor’s own words: “When I bump into youths, they ask me, you know, ‘What am I supposed to do in a situation?’ I say, look, having something unpaid on your CV is very worth it because that’s the one thing you can do to counteract this scarring effect. Get some real-life experience even though you’re discouraged, even if it’s for free.”

At 13.5%, youth unemployment in Canada is double the national average, and young Canadians who want to stand out from among the army of unemployed youth better get busy.  In other words: this is the time to build up your CVs so go work for free.

It did not take long for the criticism to take root. And rightly so. Mr. Poloz’s comments raise a number of issues regarding labour laws in Canada, job creation, and the apparent cavalier-indifference policy makers seem to have toward (youth) unemployment and toward unemployed Canadians in general. They also make him appear to be out of touch with the needs of young Canadians.

You may think this all seems rather overblown and that there is nothing wrong with the governor’s comments. After all, it seems to be good advice. But following such advice even if someone could follow it is misplaced.  For several reasons.

First, it’s simply a bread and butter issue. Many young Canadians can’t afford to work for free. They need to pay rent and buy food. They can’t rely on their already-financially-strapped parents to support them. Perhaps Mr. Poloz should try working for free and see how long he lasts.

So who can afford to work for free? Young Canadians from families fortunate enough to be in a position to financially support their children.

And by having access to these unpaid internships, these young (privileged) Canadians gain valuable work experience that advances their career prospects and opens better doors, further reinforcing existing social and hierarchical structures of power. In other words, they get the corner offices while the rest work on factory floors. It’s a fairness issue.

Second, acquiring skills does not guarantee you will necessarily get a job. You can be extremely qualified with lots of field experience, but you still won’t get work if there are no jobs out there – which is the case now.  We encourage our young to get education under the illusion that they will graduate and get a good job. The reality, however, is anything but.

The solution to unemployment, especially among the young, is not to tell them to work for free, but rather to create jobs.

And when it comes to creating jobs, the governor is in a position to contribute to creating the right economic environment for job creation. Monetary policy is an important and powerful tool. Perhaps Mr. Poloz’s comments are a reflection of the failure of his own policies.

Regardless, it’s time we have a clear and serious conversation in Canada on job creation. The government must convene experts at once to advise it on the best way to implement a full employment policy. Work is dignity, and every Canadian deserves at least that much.

Louis-Philippe Rochon is an associate professor at Laurentian University and editor of the Review of Keynesian Economics.

Visit us at one of our three locations:

DFWI is a Proud member of: